View basket “Art and Archaeology of Antiquity Volume IV” has been added to your basket.
Vermeule, Cornelius

Art and Archaeology of Antiquity Volume I

Over the last fifty years Professor Cornelius Vermeule, formerly curator of Classical Art at the Boston Museum of Fine Arts, has consolidated his reputation as one of the foremost American authorities on Graeco-Roman art. His published work has covered the entire period from Mycenean to Byzantine art, and his papers have included studies of metalwork, sculpture, numismatics and the history of collecting. His studies have been particularly concerned however with Greek and Roman sculpture, especially that of the Roman Empire.

These four volumes are designed to make available the most important of Professor Vermeule’s contributions to periodicals. Volume I covers studies published between 1953 and 1964, and volume II continues the selection up to 1973. Volume III contains studies published between 1974 and 1984, and volume IV brings the selection up to 1995. Each volume has a new preface by Professor Vermeule and a comprehensive index. 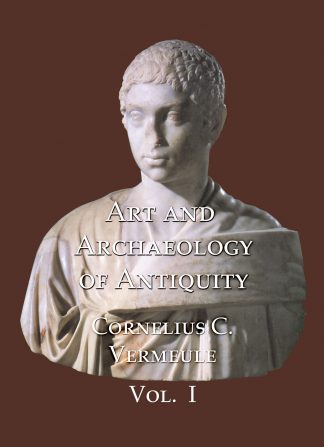 You're viewing: Art and Archaeology of Antiquity Volume I £60.00
Add to basket
We use cookies to ensure that we give you the best experience on our website. If you continue to use this site we will assume that you are happy with it.Accept