Studies in the Islamic Arts of the Book

The studies collected in this volume, some of them rather difficult of access, date mostly from the last fifteen years and focus primarily on Persian book painting of the 14th to the early 16th centuries. In this period Iran dominated the art of book painting in the Islamic world. The articles reprinted here examine various aspects of this, the golden age of Persian painting. They range from the period of Mongol rule, when the impact of Far Eastern themes and modes radically transformed the heritage bequeathed to Iran by Arab painting — a textbook case of the clash of civilisations — to the dawn of the modern era and the swansong of the classical style of Persian painting under the early Safavids. Yet other articles focus on the roots of book painting in the themes and styles developed in painted ceramics, on medieval Qur’anic calligraphy, on bookbinding and on the remarkably original variations played on the hitherto hackneyed theme of the figural frontispiece by Arab painters.

Two major leitmotifs are explored in this selection of essays. One is provided by the constantly varying interpretations of the Shahnama (The Book of Kings), the Persian national epic, and especially the tendency of painters to interpret this familiar text in terms of contemporary politics. The other is the interplay of text and image, which highlights the tendency of painters to strike out on their own and to leave the literal text progressively further behind while they develop plots and sub-plots of their own. These enquiries are set within the context of a concerted effort to explore in detail how Persian painters achieved their most spectacular visual effects. In its combination of general surveys and closely focused analyses of individual manuscripts, this collection of articles will be of interest to specialists in book painting and in Islamic art as a whole. 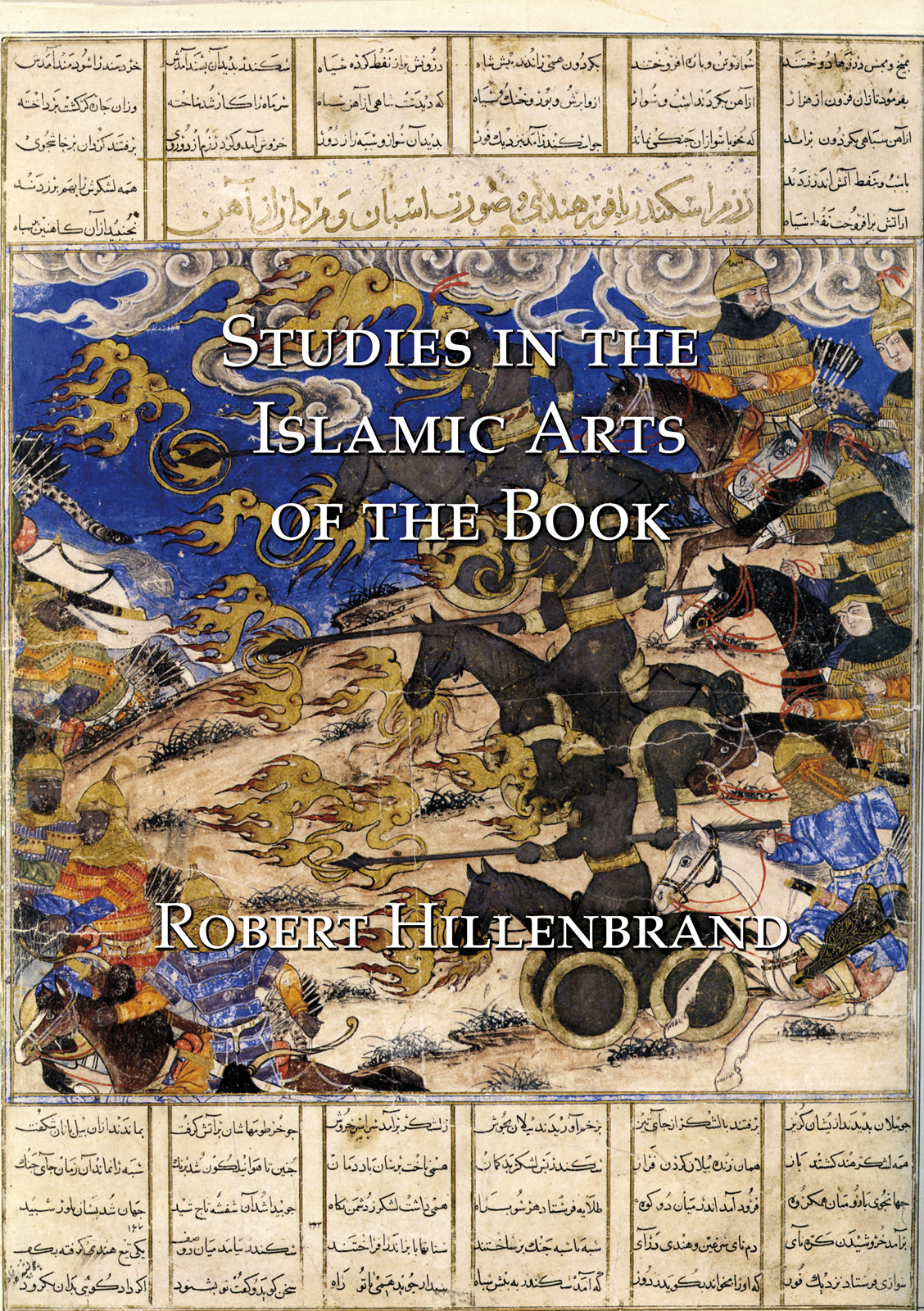 You're viewing: Studies in the Islamic Arts of the Book £150.00
Add to basket
We use cookies to ensure that we give you the best experience on our website. If you continue to use this site we will assume that you are happy with it.Accept