View basket “Art and Archaeology in Israel and Neighbouring Countries” has been added to your basket.
Ridgway, Brunilde S.

Trained in Italy, Greece, and the United States, the author has taught for over 35 years at Bryn Mawr College, and at other universities in the U.S. and abroad, receiving the Gold Medal of the Archaeological Institute of America for Distinguished Achievement. A pupil of Rhys Carpenter, she has devoted all her writing to Greek sculpture.

The articles in this volume were selected from over 95 studies she has published. In addition, her books have surveyed the entire span of Greek sculpture from the Archaic to the Late Hellenistic period. The articles are here presented in the chronological order in which they first appeared, to document Profesor Ridgway’s evolving views on the history of Greek sculpture. Preference has been given to those that were published in foreign journals and honorary volumes; two have been translated from the original Italian and one from French. Notes at the end of the book update all the studies. 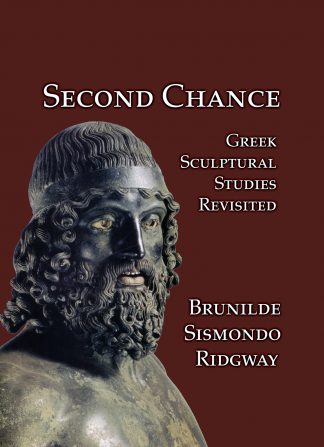 You're viewing: Second Chance: Greek Sculptural Studies Revisited £70.00
Add to basket
We use cookies to ensure that we give you the best experience on our website. If you continue to use this site we will assume that you are happy with it.Accept