The Church of the Archangel Michael at Kavalariana

Dr Angeliki Lymberopoulou lectures on Byzantine Studies at the Open University, and is an expert on the art and society of Venetian-dominated Crete (1211–1669). During this period, Crete was perhaps the most important Venetian stronghold in the Mediterranean . The traditional view that there was little cultural interaction between the native Greek Orthodox population and the Venetian colonists has recently been cast in doubt. From the early fourteenth century onwards, the two ethnically and religiously different inhabitants of Crete formed in fact a hybrid society, and Cretan artistic development reflects this progress.

The book focuses as a case study on the church of the Archangel Michael at Kavalariana. This is a small church in the village of Kavalariana on the south-western part of the island. It is dated by a dedicatory inscription to the year 1327/28. The conservative iconographic programme of the wall paintings inside the church consists of seventeen religious scenes and thirty-three isolated saintly figures. As the paintings are signed Ioannes, they have been attributed to the prolific fourteenth-century Cretan artist Ioannes Pagomenos. A close examination of the style and comparisons with Pagomenos’ oeuvre suggest, however, that Ioannes of Kavalariana was a separate artist with an identity of his own. A unique feature of the Kavalariana cycle is the pro-Venetian inscription which, in combination with the fourteen portraits of the donors that appear in the church, forms an important witness to Venetian/Cretan cultural interaction. 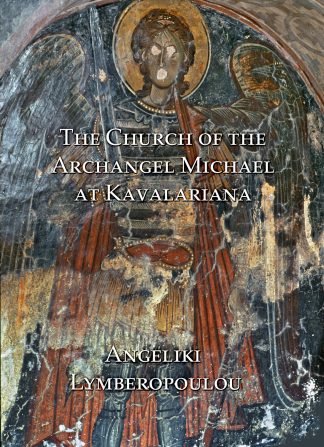 You're viewing: The Church of the Archangel Michael at Kavalariana £95.00
Add to basket
We use cookies to ensure that we give you the best experience on our website. If you continue to use this site we will assume that you are happy with it.Accept