View basket “Studies in Byzantine & Islamic Silk Weaving” has been added to your basket.
Walter, Christopher

Pictures as Language: How the Byzantines exploited them

Christopher Walter, in his research on Byzantine art, has been particularly concerned by the significative value of iconography. The Byzantines, perhaps more than other cultural groups, were aware that pictures could “speak”. The form and content of their “message” is explored here in a series of twenty-six articles, together with the use to which this “message” could be put.

The first group of six articles is concerned with manuscript illustration. The second group of six articles shows how pictures could be used for ecclesiological purposes, not only to set out the universal mission of the Church. and its relations with political authorities, but also the relations of a local Church with the ensemble. A third group of three articles is concerned with the use of pictures in order to instruct the faithful on the raison d’être of the liturgy. The fourth group of seven articles studies the use of pictures to make better known to the populace the role of saints in the life of terrestrial men. Finally two articles document the use of iconography on apotropaic objects like amulets. In an epilogue the author brings up to date the bibliography of the subjects studied in these articles.

Be the first to review “Pictures as Language: How the Byzantines exploited them” Cancel reply 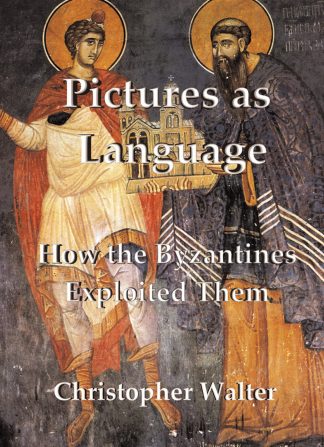 You're viewing: Pictures as Language: How the Byzantines exploited them £95.00
Add to basket
We use cookies to ensure that we give you the best experience on our website. If you continue to use this site we will assume that you are happy with it.Accept