Professor Lodder is a leading specialist in art of the Russian avant-garde which flourished during the 1910s and 1920s. She is the author of a major study of Russian Constructivism, acclaimed as the standard work on the subject, and with her husband has written an important monograph on the Russian-born sculptor Naum Gabo and edited a collection of the artist’s writings.

The present volume brings together her articles of the past twenty years, many of which focus on particular aspects of avant-garde responses to the social and political upheavals of the period, especially the Russian Revolution of 1917. Her essays cover subjects such as Vladimir Tatlin’s seminal structure, The Model for a Monument to the Third International of 1920, the evolution of public monuments, the cultural debates during the revolutionary period, the development of new teaching programmes, and the implementation of Constructivist ideas in photography and design for textiles, clothing and the theatre. Her interests extend to International Constructivism and to the impact that Russian ideas made on the theory and practice of avant-garde figures working in Central and Eastern Europe during the 1920s. More recently she has concentrated on developments in the 1910s, including the innovative work of Kazimir Malevich and the relationship between art and science.

The author has supplied additional notes to the original articles, which draw attention to subsequent research. Since the collapse of Communism in the erstwhile Soviet Union, public collections and archives have become more accessible and the new information has substantially altered existing preconceptions of the period. Occasionally, the need to correct errors exposed by recent developments in the field has involved making some extensive changes to the main body of the text. 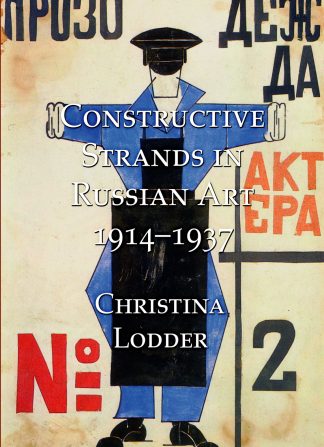 You're viewing: Constructive Strands in Russian Art 1914-1937 £150.00
Add to basket
We use cookies to ensure that we give you the best experience on our website. If you continue to use this site we will assume that you are happy with it.Accept