Since turning to the field of Jewish art over twenty years ago, Vivian Mann has concentrated on investigating Jewish ceremonial art within the dual contexts of Jewish law, and the history of decorative arts in general, including the ceremonial art made for the Church and the Mosque.

The introduction to this volume considers classic rabbinic attitudes toward art and its relationship to spirituality. The remaining essays are divided into three groups: the first concerns medieval ceremonial art; the second, articles on the Jewish art of Muslim lands beginning with the early Middle Ages; and the third consists of essays on Judaica during the periods of the Renaissance and rococo. 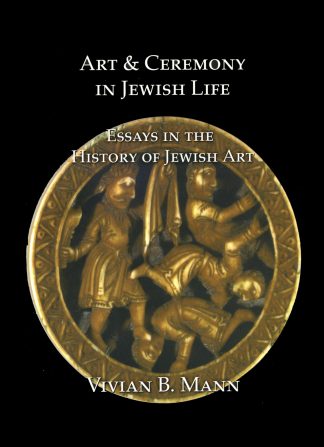 You're viewing: Art & Ceremony in Jewish Life £65.00
Add to basket
We use cookies to ensure that we give you the best experience on our website. If you continue to use this site we will assume that you are happy with it.Accept