View basket “Bernini at Saint Peter’s – The Pilgrimage” has been added to your basket.
George, Victoria

Whitewash and the New Aesthetic of the Protestant Reformation

This book is a reconsideration of the practice of whitewashing church interiors during the Protestant Reformation in the sixteenth and seventeenth centuries. It is the first detailed study of its kind which challenges the view thatwhitewash was always only a ‘cheap coat of paint’.

Victoria George pulls together several histories: of the colour white from the biblical period to the present, and ideas about the colour white in philosophy, theology, art, and architecture from antiquity to the present. She links them to case studies of the ways in which reformers Huldrych Zwingli and John Calvin thought about colour in a careful analysis of the role of colour-thinking in their theological writings. The social meanings embodied in the word, ‘whitewash’ as it entered the printed media in the 17th century is explored as part of a chapter on the history of whitewashing itself.

The long-term symbolic and aesthetic implications of the practice of whitewashing are examined in the larger context of material culture; in terms of their value as a metaphor, for both the Reformed Protestant and the Catholic in opposition to them; and for the uses to which whitewash has been put over time. George proposes that the practice was not only visually transformative but held importance for religious aesthetics as an agent of change, and for an aesthetics of minimalism generally, especially evident in the twentieth and twenty-first centuries.

Victoria George received an MFA from the Royal College of Art (London), an MA from The Architectural Association, and a Ph.D. from Cambridge. She has taught religion and the arts at the University of Richmond in Virginia. 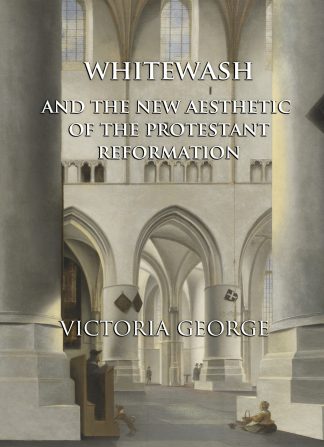 You're viewing: Whitewash and the New Aesthetic of the Protestant Reformation £150.00
Add to basket
We use cookies to ensure that we give you the best experience on our website. If you continue to use this site we will assume that you are happy with it.Accept