The Left-Handed Evangelist: A Contribution to Palaeologan Iconography

This book by Professor Spatharakis is a study of the origin and development of a new iconographic type within the late Byzantine period, that of the left-handed Evangelist. Although mainly confined to manuscript illumination, it also takes account of the surviving depictions of the Evangelists in mosaic and fresco on the walls of the churches built during this period.

The author examines the appearance of this new type of Evangelist portrait at the beginning of the fourteenth century, and how it came to be sufficiently influential to replace the tenth-century models used by the artists of this period. He investigates how long this new fashion lasted, and the subsequent influence of the left-handed Evangelist in later Byzantine art. This leads on to the question of whether the artists were content to follow older models, or were actively participating in the creation of fresh groupings. The isolation of the archetype, the contemporary parallels, and the subsequent influence of the group of Evangelist portraits examined in this study is based not only on iconographic similarities but on a detailed examination of the individual types. This work makes a significant contribution to our knowledge of Palaeologan iconography, and the working methods of the artists who were responsible for its creation.

Be the first to review “The Left-Handed Evangelist: A Contribution to Palaeologan Iconography” Cancel reply 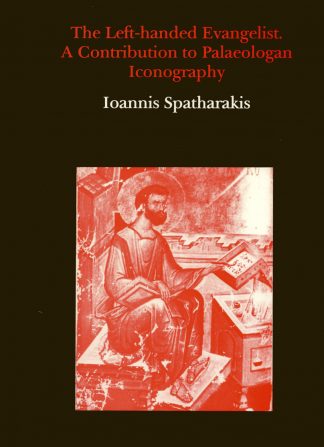 You're viewing: The Left-Handed Evangelist: A Contribution to Palaeologan Iconography £50.00
Add to basket
We use cookies to ensure that we give you the best experience on our website. If you continue to use this site we will assume that you are happy with it.Accept