This second volume of Professor Sullivan’s studies covers his work on modern Chinese art and the art and archaeology of South-East Asia.

The break between traditional Chinese painting and the European-influenced art of the twentieth century is charted in detail, with an introductory paper that explores the value of the traditional aesthetic for the future of China and East Asia. The developments in Chinese art in the twentieth century are then examined. The conflict between traditional values and new ideas in art, particularly the Marxist legacy of modern China, are dealt with in three further papers, and a final study is devoted to new trends in Chinese art following the trauma of the Cultural Revolution.

The author’s work on the art of South-East Asia is introduced by three studies on finds of Chinese export porcelain in this region. The close links between Chinese civilization and the native cultures is covered in detail, but as the following studies show, there was much that was original in the art of the region, and Indian elements were also important. The volume concludes with a study of the nineteenth-century Japanese painter, Tessai, whose debt to Chinese art was considerable. Additional notes again draw attention to subsequent work in the field. 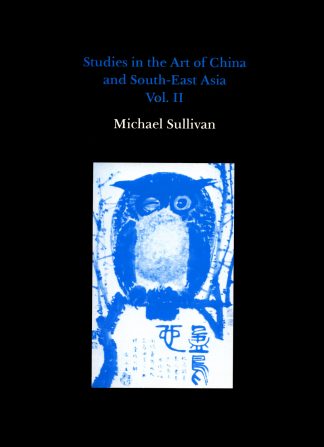 You're viewing: Studies in the Art of China and South-East Asia – Vol II £50.00
Add to basket
We use cookies to ensure that we give you the best experience on our website. If you continue to use this site we will assume that you are happy with it.Accept