View basket “Studies in the Layout, Buildings and Art in Stone of Early Irish Monasteries” has been added to your basket.
Kessler, Herbert

Written over the course of a quarter century, the nineteen essays reprinted in this volume reflect a continuing belief in the seriousness and complexity of the relationship between pictures and texts in medieval art. Professor Kessler has grouped his studies in three sections: Pictures and Scripture includes those essays which consider the various ways in which Christian pictorial representations are in continuous and varying dialogue with holy writ in Byzantium and the medieval west. Pictures in Scripture is about illustrated manuscripts, with six essays dealing with the complicated processes used to construct meaning in depictions within the texts they illustrate. Pictures as Scriptures contains nine essays which deal with pictorial cycles unassociated with the texts they serve, primarily monumental narratives in the Synagogue at Dura Europos and on the walls of Italian churches.

Notes added to each article update the bibliography and consider issues that have been discussed in subsequent scholarly literature. There is a new preface and a comprehensive index.

Be the first to review “Studies in Pictorial Narrative” Cancel reply 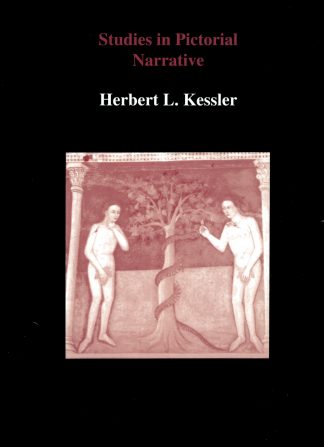 You're viewing: Studies in Pictorial Narrative £120.00
Add to basket
We use cookies to ensure that we give you the best experience on our website. If you continue to use this site we will assume that you are happy with it.Accept