Professor Lillich has studied medieval stained glass – the major painting medium of the Gothic era – for forty years. The articles in this volume discuss the development of stained glass in France from many perspectives, such as the glaziers who produced it, specific glazing techniques and formats of design, evidence of the use of cartoons, types and uses of grisaille and its stylistic development, regional traditions in style, iconography and hagiography, as well as patrons and patronage, often with a particular focus on specifically monastic characteristics, requirements and achievements. Also considered are displaced panels, those dispersed to museums as well as spolia reused in later glazing campaigns and the reasons for such recycling. Of particular interest is the development of stained glass in the late Capetian period, from the aftermath of the High Gothic ensembles of Chartres and Bourges until the introduction of the revolutionizing technique of silver stain in the early fourteenth century. Areas of special importance are those that developed in parallel to the royal style associated with the Île- de-France: the western French regions of Normandy and Aquitaine as well as, to the east, Lorraine at the francophone border and the county of Champagne. 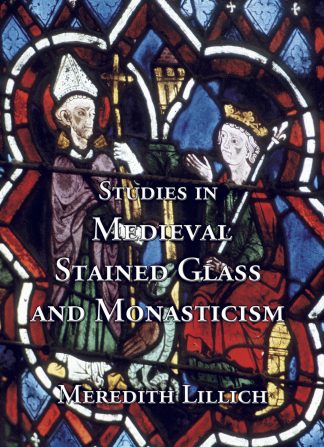 You're viewing: Studies in Medieval Stained Glass and Monasticism £75.00
Add to basket
We use cookies to ensure that we give you the best experience on our website. If you continue to use this site we will assume that you are happy with it.Accept