Professor Hillenbrand has written extensively over the last twenty-five years on Islamic architecture from Spain to India and from the seventh to the twentieth century. He has paid consistent attention to the architecture of Iran, focusing particularly on the Saljuq period (11th-12th centuries), but has also worked on Umayyad monuments in the Levant between 660 and 750 A.D., a period when Islamic architecture came of age. Apart from recording unfamiliar buildings, he has increasingly concerned himself with the iconographic significance of Muslim buildings

The papers in these two volumes closely reflect these interests. Some present primary material, others attempt to explore the achievements of a specific period or dynasty while yet others analyse the religious, royal, or political context of an important monument or school of architecture. The opportunity has been taken to add illustrations to articles, and to provide additional notes and a comprehensive index. 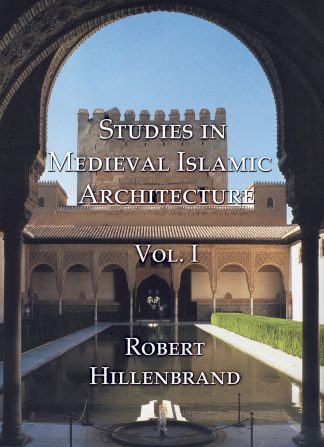 You're viewing: Studies in Medieval Islamic Architecture – Vol I £150.00
Add to basket
We use cookies to ensure that we give you the best experience on our website. If you continue to use this site we will assume that you are happy with it.Accept