The eleven studies reprinted here were published by Professor Kauffmann over a period of twenty years, and reflect his interest in Romanesque and Gothic art in England and Europe. They include a number of studies on panel paintings, and a highly influential article on the art of the Bury Bible. The Bible in British Art is the catalogue to an exhibition at the Victoria and Albert Museum, reprinted here in full, and Professor Kauffmann’s work in the field of English Romanesque book illumination is represented in two other papers. The author has contributed additional notes, updating these studies, and a preface and index.

Be the first to review “Studies in Medieval Art” Cancel reply 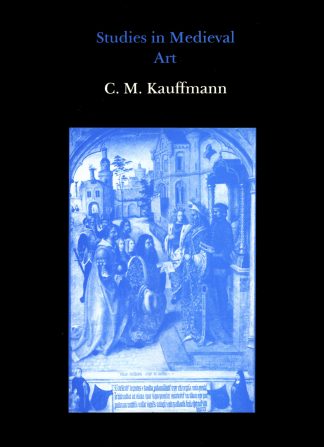 You're viewing: Studies in Medieval Art £60.00
Add to basket
We use cookies to ensure that we give you the best experience on our website. If you continue to use this site we will assume that you are happy with it.Accept