Studies in Medieval Western Art and the Art of Norman Sicily

Over the past sixty-five years Ernst Kitzinger has been one of the foremost interpreters of the art of Late Antiquity, Byzantium and the medieval West. Beginning with his “influential doctoral dissertation, reprinted here, on early medieval painting in the city of Rome, where western and eastern Byzantine traditions met, one of his principal concerns has been the movement and exchange of artistic ideas and patterns around the Mediterranean. Painting and mosaics have always been central to his enquiry. One focus has been the mosaics of Norman Sicily, on which he has published numerous ground-breaking books and papers.

All of Professor Kitzinger’s essays on Norman Sicily are included here. Other areas in which he has made outstanding contributions are the arts of Late Antiquity, with a particular emphasis on floor mosaics, medieval Rome, Byzantium in the early and high Middle Ages, and the arts of Anglo-Saxon England. 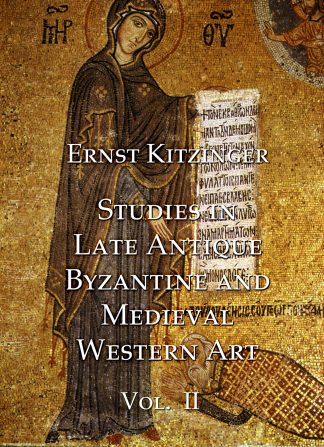 You're viewing: Studies in Late Antique, Byzantine & Medieval Western Art Volume II £120.00
Add to basket
We use cookies to ensure that we give you the best experience on our website. If you continue to use this site we will assume that you are happy with it.Accept