The author is Professor at the Institute of Fine Arts at New York University, and a noted authority on Italian medieval and Renaissance manuscript illumination. His numerous”publications include Medieval Illuminators and Their Methods of Work, and he recently organized the exhibition The Painted Page: Italian Renaissance Book Illumination 1450-1550 at the Royal Academy of London.

The present volume presents a comprehensive selection of Professor Alexander’s papers on Italian manuscript illumination, from the medieval period through the Renaissance. These feature some of the most celebrated works of one of the great ages of book production.

A paper on marginal illustrations in Italian manuscripts is published here for the first time, and the older studies have been extensively revised and updated. There is a comprehensive index, and a new introduction by the author. 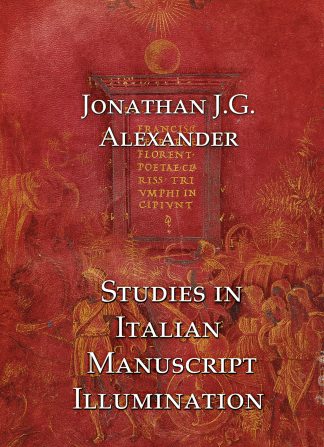 You're viewing: Studies in Italian Manuscript Illumination £120.00
Add to basket
We use cookies to ensure that we give you the best experience on our website. If you continue to use this site we will assume that you are happy with it.Accept