This volume brings together twenty-four of Ralph Pinder-Wilson’s studies on Islamic art, published over thirty years. These deal mainly with the decorative arts – lustre pottery, bronze, jade and glass – a field in which the author is an eminent authority. The objects covered range from early Islamic glass and lustre ware to the ivories produced in Norman Sicily and later Persian bronzes. The art of Mughal India and Afghanistan is also covered, in a number of important studies on manuscripts produced for Persian and Mughal rulers from the fifteenth to the seventeenth centuries.

Two major papers reprinted here range outside the usual field of the art historian. The first, a study of the Malcolm celestial globe, explores the history and iconography of Islamic depictions of the constellations ; the second, a study of the Persian garden from the Achaemenid to the Qajar period, explores the textual evidence, and discusses the influence of this type of garden on the visual arts.

Be the first to review “Studies in Islamic Art” Cancel reply 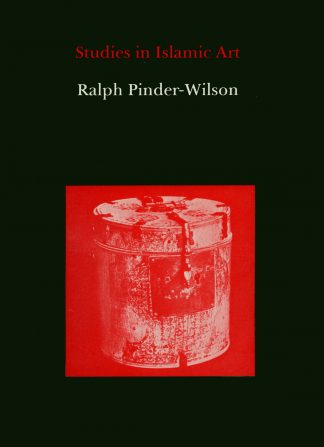 You're viewing: Studies in Islamic Art £75.00
Add to basket
We use cookies to ensure that we give you the best experience on our website. If you continue to use this site we will assume that you are happy with it.Accept