Dr Jean Michel Massing is a Reader in the History of Art and a Fellow of King’s College, Cambridge. The first volume of Studies in Imagery, Text and Images, consists of 25 “studies grouped under four sections: Classical Art and its Nachleben; Symbolic Languages; Saints and Devils; Comets, Dreams and Stars. The topics include the Celto-Roman “goddess Epona, the Calumny of Apelles and its reconstructions, the Triumph of Caesar, proverb illustration, the art of memory, emblematic and didactic imagery, the temptations of St Anthony, as well as dreams and celestial phenomena. They span a wide range of periods, from classical antiquity to the nineteenth century.

Vol. 2, The World Discovered, deals variously with the relationship of European with non-European cultures, cartography in medieval and early modern times, the representation of foreign lands and people, and the collecting of exotic artefacts. A central theme involves the imagery of black Africans from the Middle Ages up to the nineteenth century.

Be the first to review “Studies in Imagery – Vol II: The World Discovered” Cancel reply 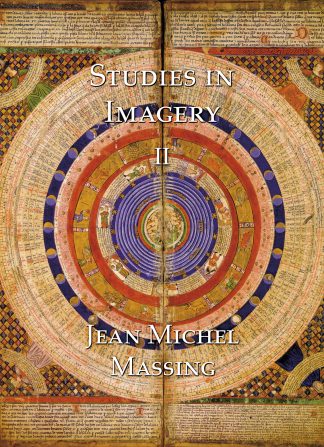 You're viewing: Studies in Imagery – Vol II: The World Discovered £150.00
Add to basket
We use cookies to ensure that we give you the best experience on our website. If you continue to use this site we will assume that you are happy with it.Accept