In her study of the relationship between art and its theological, liturgical and literary background in Byzantium, Dr. Gavrilovic has devoted a great deal of attention to the medieval state of Serbia, where, in the process of a strong cultural influence, Byzantine art had taken deep root and was practised with much vigour and individuality. Serbia’s position on the north-western flank of the Empire, in the proximity of the city of Salonika, assured an uninterrupted contact with Byzantine masters in the artistic field. This was enhanced by the great building schemes and patronage of Serbian rulers and their allegiance to Orthodoxy, as well as by the particularly strong ties between the Serbian Church and Mount Athos. The good state of preservation of some of the vast church decoration programmes in Serbia contribute to a better understanding of art in Byzantium where the destruction through the centuries was more severe. 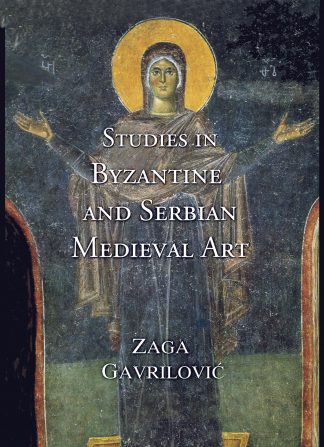 You're viewing: Studies in Byzantine & Serbian Medieval Art £75.00
Add to basket
We use cookies to ensure that we give you the best experience on our website. If you continue to use this site we will assume that you are happy with it.Accept