Per Jonas Nordhagen’s work on the frescoes of S. Maria Antiqua in Rome is of fundamental importance to the study of early medieval art in Italy.

This volume brings together for the first time Professor Nordhagen’s work on medieval Roman mosaics and fresco painting. The book begins with a section on Mosaics and Techniques, covering the mosaic techniques in use during this period in Rome. The subsequent section, on S. Maria Antiqua, includes the author’s papers on the fresco decoration of this church, one of the most important monuments of early medieval art in Italy. There follows a selection of papers on iconography, derived from a study of the subjects treated in the mosaic and fresco cycles of this period. Four subsequent articles deal with various themes involved in studying the art of the early medieval period in Rome, and its links with the art of the British Isles. The author has added supplementary notes to correct mistakes in the earlier articles, and to draw attention to subsequent research on the monuments. 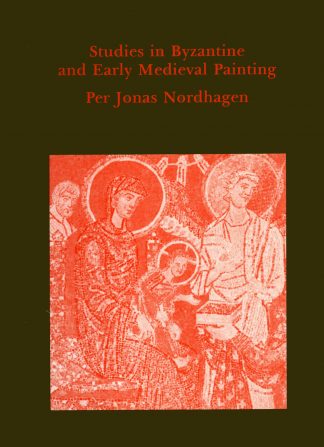 You're viewing: Studies in Byzantine & Early Medieval Painting £75.00
Add to basket
We use cookies to ensure that we give you the best experience on our website. If you continue to use this site we will assume that you are happy with it.Accept