Professor Cramp’s work on Anglo-Saxon sculpture over the last thirty years has transformed our knowledge of the subject. The crosses and sculptural fragments surviving, particularly in the region of Anglo-Saxon Northumbria, had previously been known through the result of antiquarian research. To the author belongs the credit of bringing this body of work into the perspective of contemporary European and Insular art, and establishing a context for their creation with the help of archaeological methods.

This book brings together for the first time Professor Cramp’s studies on the monuments, previously published in a number of specialist journals. The emphasis is on Northumbria, the monasteries of Monkwearmouth and Jarrow, Hexham and Lindisfarne, which provided the seed-bed for the great flowering of Northumbrian culture that gave us Bede and the Book of Lindisfarne. The crosses that marked the spread of Christianity over the north of England are dealt with in this context. The radiation of this influence throughout Anglo-Saxon England also receives attention. 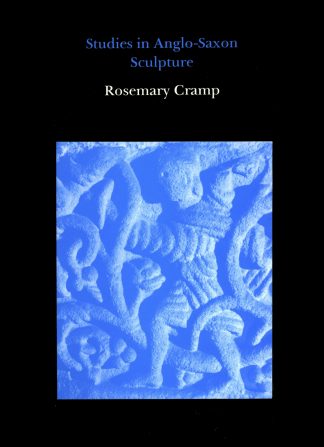 You're viewing: Studies in Anglo-Saxon Sculpture £60.00
Add to basket
We use cookies to ensure that we give you the best experience on our website. If you continue to use this site we will assume that you are happy with it.Accept