The Decorative Arts of Europe & The Islamic East

This selection of twenty-one essays by Professor Kurz is a unique introduction to the art and culture of Europe and the Near East from the Renaissance onwards. His examination of the flow of artistic ideas and artefacts from Europe to the Islamic world is an important contribution to the study of the spread of Western European influence in this period; at the same time the reader is made aware of the extent of European borrowings from Islamic civilization, and the importance of a shared classical heritage. Characterized by an extensive acquaintance with both European and Islamic works of art, Professor Kurz’s research in this field remains of fundamental importance.

This volume also includes a number of important articles on several major figures in Renaissance and Baroque art, and a study of the patronage of the Emperor Rudolf II, previously available only in a Czech translation. The preface by Professor Sir Ernst Gombrich is both an introduction and a memoir. A bibliography of Otto Kurz’s publications and an index are included. The volume is illustrated with 191 plates.

Be the first to review “Selected Studies Vol I” Cancel reply 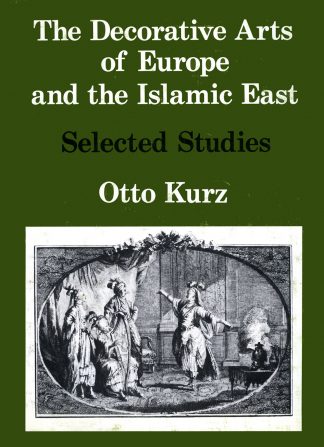 You're viewing: Selected Studies Vol I £150.00
Add to basket
We use cookies to ensure that we give you the best experience on our website. If you continue to use this site we will assume that you are happy with it.Accept