Printing and the Book Trade in the West Indies

The division of the Caribbean islands between the major European powers resulted in the growth of a number of regional presses, providing the colonists with the reading matter they would have expected from their countries of origin. The differing attitudes of the colonial powers towards the press is evident both in the date when printing was first introduced in the colonies, and the number and type of works subsequently issued.

Over the last twenty years Professor Cave’s research has done much to clarify the development of printing in the West Indies. This volume brings together for the first time his work on the subject, with the addition of seven papers which have previously not been generally available. The author is principally concerned with printing in the English-speaking islands of the Caribbean, in particular with Jamaica, but there are also articles on printing in the Bahamas, Barbados, Belize, the Dutch West Indies, Grenada and Trinidad. The parallels with early printing in the North American colonies are particularly important. Professor Cave has contributed an introduction and additional notes which draw attention to fresh material subsequently discovered. There is an index and bibliography. 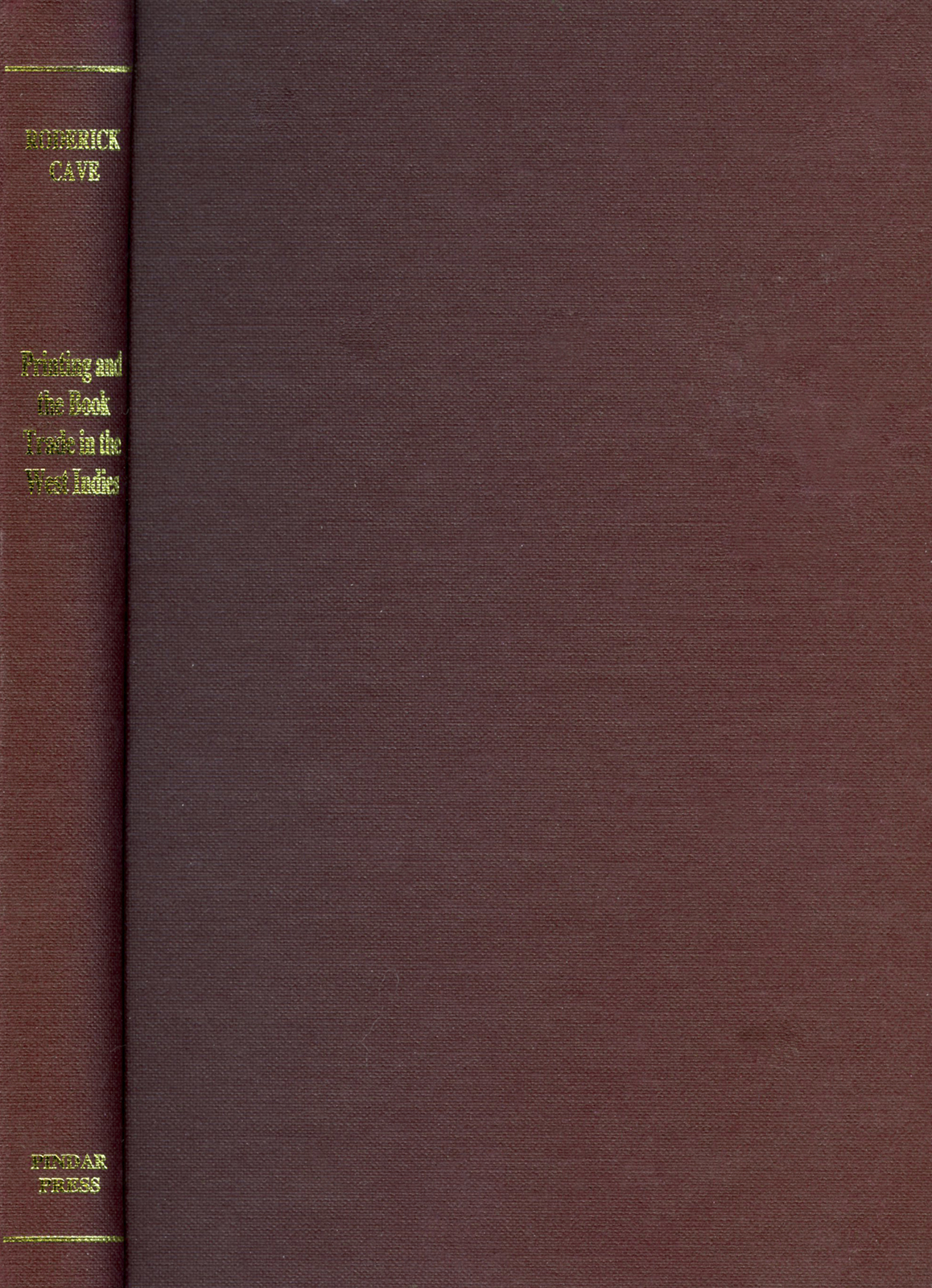 You're viewing: Printing and the Book Trade in the West Indies £50.00
Add to basket
We use cookies to ensure that we give you the best experience on our website. If you continue to use this site we will assume that you are happy with it.Accept