View basket “Studies in the Layout, Buildings and Art in Stone of Early Irish Monasteries” has been added to your basket.
Mitchell, John

Using the great south-Italian monastery of San Vincenzo al Volturno, one of the best preserved monasteries of the earliest Middle Ages, as a case-study and heuristic paradigm, John Mitchell has engaged in a wide-ranging examination of the ways in which visual culture was developed and deployed by ambitious states and institutions in early medieval Europe.

The present volume includes studies on the cultural dynamics of Italy and its contribution to the visual complexion of Europe in the period, as well as essays on many aspects of the artistic culture of San Vincenzo, including a series of papers on the display of script in the physical fabric of the monastery and the prominent role it played in its self-image.

Be the first to review “Lombard Legacy: Cultural Strategies and The Visual Arts in Early Medieval Italy” Cancel reply 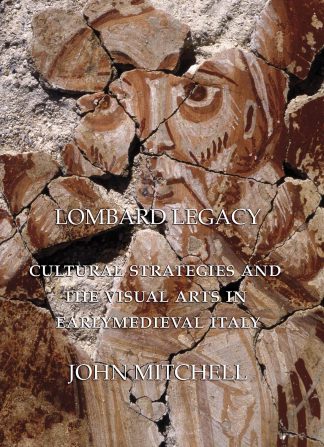 You're viewing: Lombard Legacy: Cultural Strategies and The Visual Arts in Early Medieval Italy £150.00
Add to basket
We use cookies to ensure that we give you the best experience on our website. If you continue to use this site we will assume that you are happy with it.Accept