Ireland and Europe in the Middle Ages

Professor Stalley began to explore Ireland’s rich legacy of medieval art in 1969, at a time when it was little known by students abroad. From the start his principal aim was to discover how Irish art fitted into its European context, an aim which led to a series of important comparative studies on major European monuments, both Romanesque and Gothic. Having begun his career as a historian, the author has been concerned with the social and political implications of medieval art, particularly the effect of the racial divisions that existed in medieval Ireland. He has written about Irish cathedrals, as well as the buildings of the Cistercian monks and Franciscan friars. He has also investigated the royal programme of castle building in the thirteenth century. Other essays in this volume include a fascinating account of the repercussions of the pilgrimage to Santiago de Compostela, as well as a consideration of the influence of Viking styles on Hiberno-Romanesque sculpture. In recent years Professor Stalley has turned his attention to the high crosses, writing with authority on the iconography of these complex monuments. The opening essay in the volume is devoted to the patronage of Henry I’s justiciar, Bishop Roger of Salisbury, whose cathedral at Sarum was destined to influence the course of Irish Romanesque. 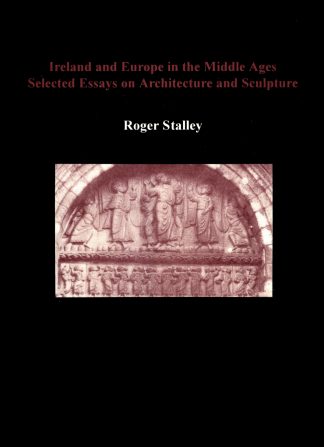 You're viewing: Ireland and Europe in the Middle Ages £60.00
Add to basket
We use cookies to ensure that we give you the best experience on our website. If you continue to use this site we will assume that you are happy with it.Accept