This selection of seventeen papers by Professor Anthony Cutler falls into three broad groups, all including topics with which the author has been concerned for many years. Chapters III-VIII are concerned primarily with Byzantine subjects, and with their historiography. The last of this group also probes Italian relations with Byzantium which, in one manner or another, is also the theme of the next four papers. Chapters XIII-XVI are devoted to Scandinavia without, however, abandoning the focus on interconnections between ‘works of art’ and the societies that they represented.

Over the course of thirty years, the author has reverted frequently to the broad theme of the relation between artefacts and the cultures from which they emerged, prompted to respond to the art historian’s characteristic lack of concern with the reasons for (as against the ‘sources’ of) the objects that he or she studies. These papers are linked by Professor “Cutler’s general impatience with an attitude set out long ago by Henry Adams: ‘We can admire a cathedral without comprehending the force of the Cross that produced it’.

Be the first to review “Byzantium, Italy & the North: Papers on Cultural Relations” Cancel reply 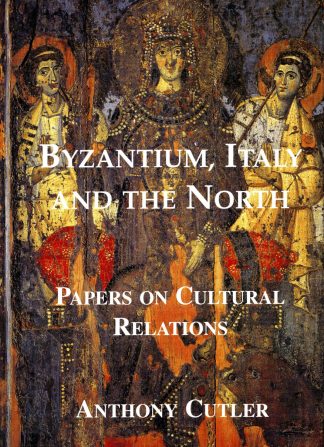 You're viewing: Byzantium, Italy & the North: Papers on Cultural Relations £95.00
Add to basket
We use cookies to ensure that we give you the best experience on our website. If you continue to use this site we will assume that you are happy with it.Accept