Essays on Art as a Species of Autobiography

Professor Seymour Howard’s publications over the last forty years have introduced many innovative approaches to research in the history of art and archaeology.

The arrangement of these two dozen essays in seven topical groups suggests their growth, origins, and relationships. Most of the studies deal with well-known canons of art from uncanonical points of view, which reflect the author’s work as a practicing artist as well as his interdisciplinary training as a humanistic scholar. These rigorous and wide-ranging studies explore historic makings and meanings of graphic imagery, whose fundamental importance for understanding and communication has lost nothing of its power during the ascendance of literacy.

The title essay and preface are new, as are the additional annotation and commentary; the author’s bibliography and an index have been supplied.

Be the first to review “Art and Imago” Cancel reply 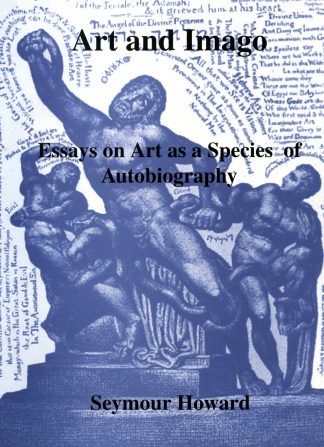 You're viewing: Art and Imago £50.00
Add to basket
We use cookies to ensure that we give you the best experience on our website. If you continue to use this site we will assume that you are happy with it.Accept